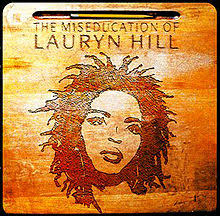 Summer 2018 will see the 20th anniversary of the era-defining The Miseducation of Lauryn Hill and er, Destiny’s Child self-titled release.

But one landmark is unlikely to be on your radar: the 45th anniversary of Betty Davis’ self-titled LP.

Betty who, you ask?

Betty was the first of her kind: a musician completely at ease with herself, whose wild, heavy funk relayed raunchy and often tongue-in-cheek tales – where she was the one firmly in control.

While most of us are well acquainted with Lauryn Hill’s multi-award winning, 20 million-selling neosoul classic, and Queen Bey’s first step into the spotlight, an even greater number have sadly never heard of Betty Davis. Lauryn’s honest portrayal of a young black woman won over the world, challenged stale notions of womanhood and reset the bar for soul and hip-hop. So it’s a real shame that artists such as Betty, who set the tone many years before, aren’t admired and sought out by more young women (and men) in equal measure. Because the music is absolutely banging.

Music is an essential aid for many writers; helping them get in the zone, stay focused or inspire characters and scenes. Pop music references feature a lot in young adult writing (YA) these days, providing an instantly relatable soundtrack that invokes mood and energy.  For me, Betty Davis and her funk soul sisters have proved inspirational for the music obsessed, bass-playing female lead in my current YA WIP.

Sure, pop has generated an endless line of relatable feminist icons since the 80s: Madonna, The Spice Girls, Beyonce – with perhaps Jonelle Monae most closely resembling, if not directly acknowledging, a modern Betty Davis. So why don’t I look to these artists for feminist musical references – my target readers will more likely know them? Well, perhaps foolishly, I think it’s important to at least give a nod to the roots – just like any aspiring musician would when studying their musical history.

To find the first big wave of feminist icons in music, you have to look right back to the 1970s.

This mix of soul, jazz and R&B that James Brown largely pioneered in the late 60s, arguably influenced the first rosta of feminists writers/singers/producers/players. Sure, there’d been feminist icons in the past – Bessie Smith, Billy Holiday, Aretha Franklin, but it was the sassy dawn of funk that encouraged so many artists to really get their own groove on. 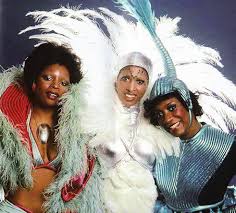 Labelle, Vicki Anderson and Chaka Khan are just a few of the female funk canon that took a stand for the soul sisters and laid down the foundations for the late 70s disco and early 80s pop scene that followed.

Trying to move away from passive love songs, these women were asserting their power and authority in new ways through their lyrics, voices, musicianship and fashion.

Check Marlena Shaw’s ‘Woman of the Ghetto”, Vicki Anderson’s “Message from the Soul Sisters” or Betty Davis’ own ‘Don’t call her no tramp’ – and countless others for examples of strong, deep and sophisticated funk tracks. Songs that can still stand tall today and are relevant to young ears and eyes. As a producer, Sylvia Robinson can even lay claim to commercially birthing to hip-hop – having signed up the Sugarhill Gang in 1979 (ironically a genre that offered much for equal rights for a long time.

Like La Belle, Betty Davis was ahead of her time.  The public embraced La Belle’s afro futurism for a few years, but Betty never came close to the recognition she deserved.

Form the late 60s, Betty immersed herself in the avant garde, exploring culture and inspiring her then husband Miles’ masterpiece Bitches Brew. It was a short-lived marriage. Never beholden to a man – in fact men were often employed as backing singers – Betty told it straight and in an eye-popping way that made some critics balk, while sometimes being too risque for primetime. If she were making music today she’d set the world on fire. Sadly, she quit the scene after three killer albums, released between 1973 and 1975, with a forth from that era finally released in 2009.

But does it matter what came first? No, not really. But it is symptomatic of the on-going lack of recognition that funk music in general receives; all too often dismissed as passive, sex-obsessed party music.

Do it for the kids!

Young people can’t access stuff they don’t know about – even with the world’s entire music library at their fingertips – and we can help them as writers when we lean towards the unfamiliar. But it’s hard.  I’ve struggled to pick the right song references for my manuscript and am currently swapping out some to better acknowledge the funk feminists I’ve just been writing about.  There’s a balance in terms of serving the reader and the story but maybe we can nudge it a little bit to help them discover new (old) sounds and music pioneers in the same way we do when we write about scientists and artists, both female and male pioneers.

Well, maybe the brand new Betty Davis documentary – They Say I’m Different will go some way at least in raising awareness of a forgotten funk feminist. It’s doing the rounds at independent theatres in the US and is set to hit the UK next month (June 23rd 2018), courtesy of Soul Jazz Records. I’ve booked my tickets – you should too.

For a taster of just a few feminist funk tunes, check my playlist below. A little hastily thrown together but packed with quality tunes, including a few highlights from Betty.