The recent social media storm in a wine glass that condemns or parodies male writers for objectifying women is an amusing if not another timely reminder that the arts have quite a way to go in portraying about one half of the world.

Small wonder the debate shows no signs of letting up on Twitter. The often clumsy, childish or lazily misinformed snippets shared from published, respected male writers such as George RR Martin – whose dodgy reference to the movement of Daenerys’ breasts was as dumb as it was unnecessary – serve to remind us of the importance of integrity and how we (at least us men) can take it for granted.

Some of these character descriptions might well have been written intentionally to feed a certain type of male readership or arguably serve a specific context. Some are born out of naivety, others are just plain crap. But all writers, whether published or aspiring, have a duty to get it right. Of course, as these Twitter love-ins or rather hate-outs go, a few commentators somewhat cheekily called for male writers to quit penning female protagonists altogether. Right.

Considering this latest flare-up started from a YA author’s Twitter take-down of an idiotic male writer, that solution almost reads like a pitch for some crappy dystopian YA thriller. One penned by a bloke, obviously. And yet bizarrely it’s a premise I’ve come close to witnessing first-hand. Well, sort of.

About four years ago, I attended a Guardian Masterclass where I’d started to sketch the outline of a YA manuscript about a teenage girl wrongly accused of manslaughter. Perhaps it was nothing to do with the fact that I was the only man at the workshop, but I remember being asked quite deliberately by a published female author (and our tutor for the day) why I wanted to write about a female teenage protagonist? For a moment I felt a bit sinister. The class craned their necks, waiting for an answer. Or better yet, an apology. I exaggerate. 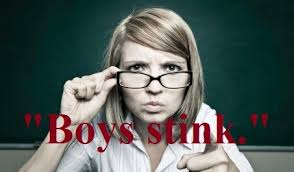 Maybe, she suggested, it was better for me – as a man – to write about a boy? She had a point; I’ve been a boy all my life. Besides, she added, the whole Hunger Games thing has been done to death. Hunger Games? My premise does not resemble that story.

I hadn’t actually shared any examples of my writing when the tutor questioned my intentions so it wasn’t as if she was condemning my juvenile character portrait or unhealthy obsession with the movement of breasts.

‘She’s integral to the premise,’ I replied. You see the germ of my story is based in part on a real event or a real person at least. The fiancé of an amateur scientist has disappeared and my character – Ana – is her doppelganger. To avoid being charged with manslaughter, she’s forced to trick the scientist into believing she’s his long-lost fiancé…and so obtain a secret. I think I may have used the word ‘seduce’ instead of trick but I didn’t really mean lashings of ruby lipstick and false eyelash sexy stuff. I meant trick. 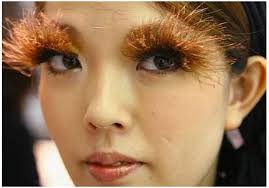 ‘Yes, but perhaps you might want to consider making her a he?’ the tutor pressed. I could have done that but it wasn’t my inspiration. It would throw my plot up in the air. Besides, this is a story about a young girl’s identity. Rather than sulk too much, I took her implied point which I think was that to write convincingly about a girl I would have to really do her justice (and not write about her body parts – not that I was planning to). I’d already read a number of books with female leads and had never paid attention whether one was more accurate than the other because the author’s gender. Characters are either well drawn and convince or they do not.

Two years later, I’d completed a longer writing course and was just starting up another. The tutor on the new course was a well-respected female author, who offered a ton of excellent advice. My early chapters were at the time sketchy and a bit crap. In a 1-2-1, my tutor fedback on my first chapter, and pointed out a couple of places where ‘girls don’t do this’ or ‘wouldn’t do that’. Of course, I tried to listen without getting too defensive and questioned myself and indeed my character’s motivation. Should I have listened to the previous tutor and stick to writing about a boy?

In the course of my first chapter, a 17 year old decides to take a lift home with a boy she’s been obsessing about for months but has only just properly met. This, I was told, is not what a girl does. Ever.

Of course, my tutor was right: it’s not what a girl should do or what most girls actually do. But it does happen. And in the context of the scene, happens in a way similar to people I have known when I was that age. So while objectifying or portraying a female character from the perspective of the male lens is clearly wrong, so in my view is dismissing the complexity of others’ real-world life experiences.

What the tutor was really telling me – just like before – was that I had to work much harder to show Ana’s motivations on the page – and convince the reader that this is a plausible choice she would make under the circumstances.

Bringing a character to life on the page as a new writer is bloody hard, especially in a fast-paced plot-driven thriller. It’s also easy to forget that prejudice resides in all of us. Even our teachers (whether intentional or not). The rather painful trick is to learn how to separate the good intentions of observation from the way we sometimes receive them, entangled in prejudice. 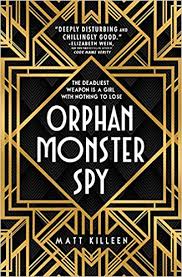 Of course, objectification is unlikely to find its way into YA writing for obvious reasons (unless it’s embedded in the premise such as in Pretties and Only Ever Yours). Yet I accept that as a male writer I have to work extra hard to get it right and follow the examples set by those male authors do successfully get under the skin (rather than the blouse) of their female characters.  There’s also so much to learn from SCBWI writers’ blogs (and books!). My most recent inspiration has been the character of Sarah from Matt Killeen’s breathtaking YA novel Orphan Monster Spy. Not only is Sarah a convincing young female lead with drive and purpose, but the world she inhabits is one that she affects and shapes through her thoughts, fears and actions. I hope that my main protagonist Ana is at least half as convincing as her!

2 thoughts on “Writing female leads: should male authors stick to what they know breast?”